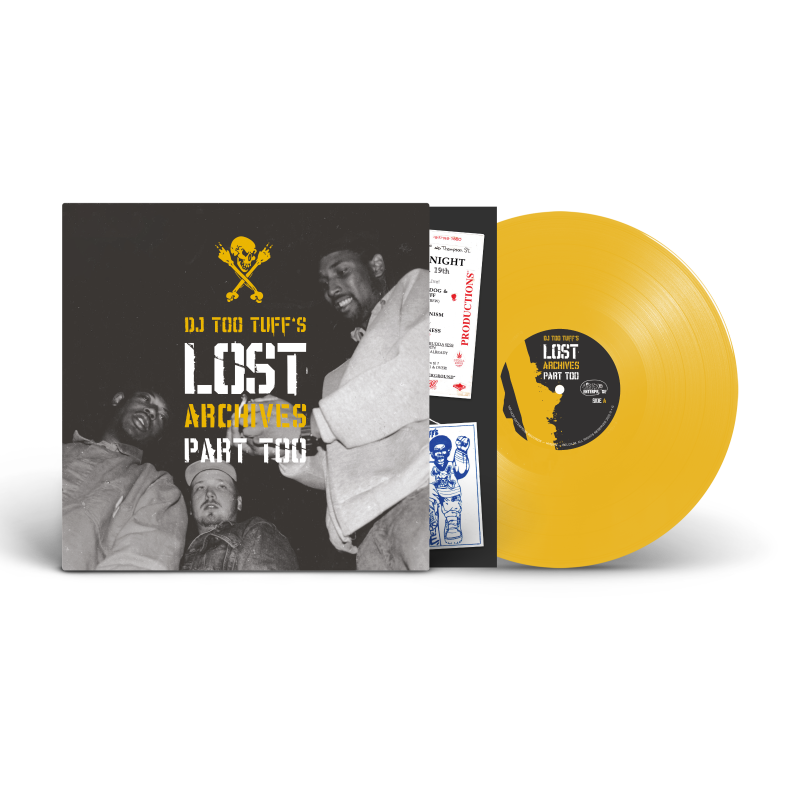 After the breakup of Tuff Crew, DJ Too Tuff opened a studio at No 7 West Girard Ave in an area known now as Northern Liberties. Through hand to hand flyers, street team promotions and mixtape sales DJ Too Tuff was able to create his own underground collective and discover new talent that would later be in this lost archives collection. Many of the songs that were made ended up being used as Rest In Peace and dedication songs by drug posses during drug wars. All of this production was made exclusively on 2 Technics 1200s / Numark Mixer / Akai MPC 60 / Multiverb / Tascam 488 purchased by Sound One Talent by Philip Voluck Esq. and John The Investor.

The LP will be limited to 100 copies on yellow vinyl and 250 copies on black vinyl. All copies come with an insert and the music has been remastered by Justin Perkins.