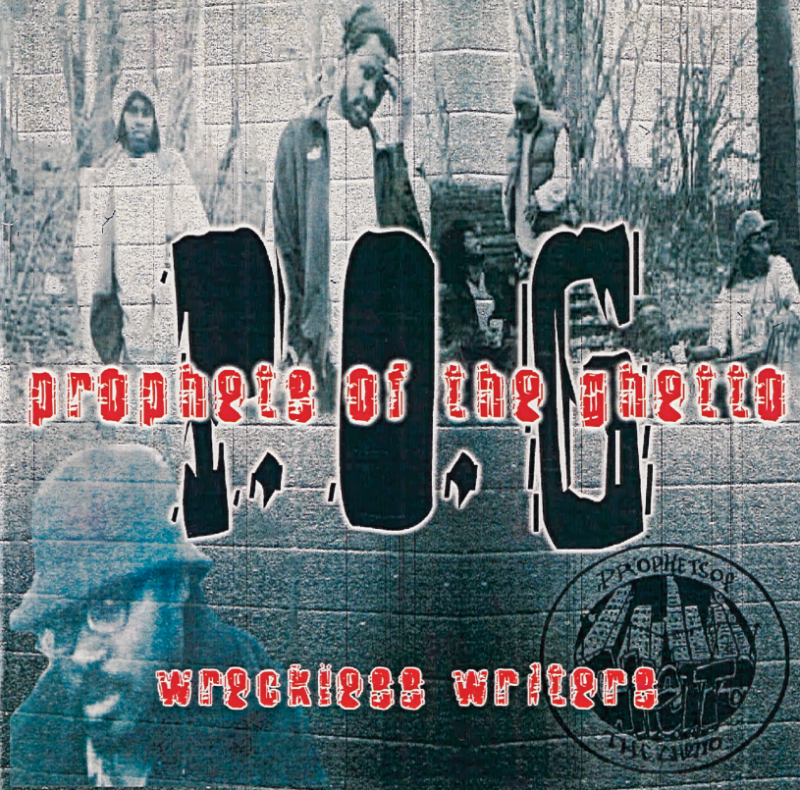 Underground headz will know the deal! This is one of the grails a lot of CD headz have been looking and waiting for and we finally made it happen!

Prophets of the Ghetto are a West Philadelphia based hip-hop group that formed in the early 90's. The four emcees in the group (Meat Matter, Big Bob da Norfstar, D.B.L. and Phat-Nice, a Southside Chicago import) gel flawlessly with beats and scratches from the group’s producers and DJ's Benellis, Gamez, DJ Ken-Cut and DJ Dyce.

Wreckless Writers was the group's debut album originally released back in 2000 but the tracks of the album were all recorded between 1996-1999. Although Wreckless is P.O.G.‘s first release, the members of the group are not rookies. Besides performing at several shows in Philadelphia, they accompanied Bahamadia (who is also featured on the album) on her European tour and freestyled on the renowned Wake-Up Show in San Francisco.

Now in 2022 HHE is proud to bring this album back as the original CD-R release was only released in very limited fashion. You will get the original 15 tracks + an extra unreleased track "Chastisement" that was recorded during the Wreckless Writers sessions. We also added the 2 last tracks P.O.G. recorded and released in 2002 namely "Chillin On The Chillin Chillin" and "Support".

The CD will be limited to only 300 copies, was remastered by Justin Perkins and the entire layout was handled by Laurence Di Lullo.