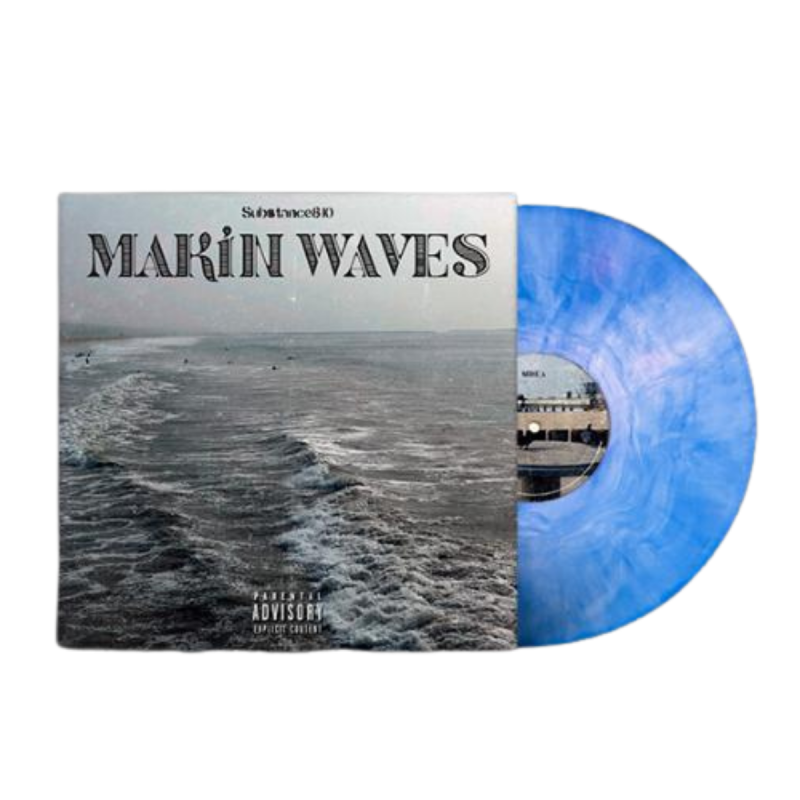 Substance810 is a MC/producer from Port Huron, Michigan who first made his mark in 2006 with his full-length debut The Definition under his original moniker Tekneek. He released a sequel album The Definition Of the previous summer & then a debut EP Chess Pieces a couple months later but to continue the grind, the man returning with his 7th full-length album.

The intro talks about being a risk-taker over a soulful boom bap instrumental from Substance810 himself whereas the next track “Crude Dialog” with Squeegie O sees the 2 talking about giving it to ‘em raw over a suspenseful beat. “The Purist” with Estee Nack finds the duo talking about hearing nothing but bars over some funky bass & a wailing sample while the song “Invisible Lines” with Pee Tzu sees the 2 talking about just that over a spooky beat from Wavy da Ghawd.

The song “Calculated Risks” talks about how there’s been a lot of talk over an alluring instrumental while the track “Nitrile Gloves” with Deuce Hennessy & Killy Shoot sees the trio talking about going bar for bar with sucka MCs over an organ-inflicted beat. The song “Epilogue” with Chuck Chan & Lupus Dei finds the 3 talking about what the mission is over some string samples & then the title track that finishes the album off talks about being the leader of the new school over a settle beat from Nicholas Craven.