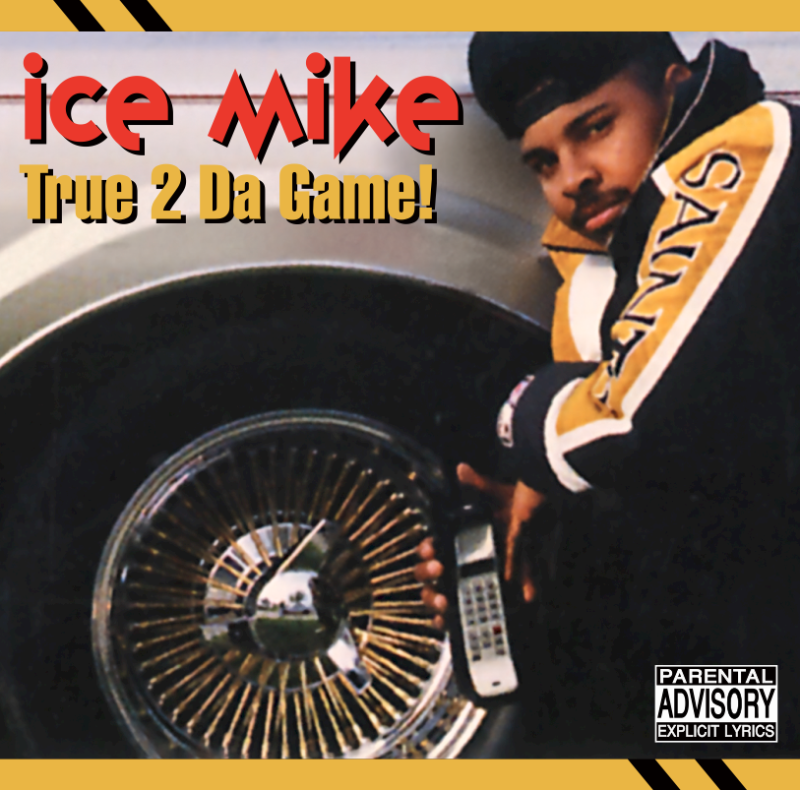 SWE in collaboration with Dust & Dope are excited to announce the release of legendary NOLA rapper/producer Ice Mike's debut "True 2 Da Game!" originally released back in 1992 on cassette only. For the first time ever on CD and limited to only 300 copies. All tracks were taken from the OG DATS to give you top notch quality. Let's get into the album a little deeper...

Fresh off the heels of producing for other New Orleans West Bank artists such as Bust Down and Mobo Records,  “True 2 Da Game!” is the first full-length album from legendary New Orleans hip-hop pioneer Ice Mike.  The follow-up to his 1991 debut as a solo artist is almost entirely self-produced (except for some co-production with DJ Lowdown & 8-ball The DJ). The writing, production, scratching, mixing, concepts, vocal and edit arrangements, piano and drum overdubs, and performances were all done by one man - Ice Mike. This feat is more impressive considering Ice Mike arranged and spliced the studio masters by hand with a razor blade and spilcing tape, resulting in a level of mixing and editing that most couldn’t achieve until digital software was invented for computers.

The tracklist has been re-arranged and improved. An extra track has been added and the last 2 tracks of the original tracklist have been replaced. The love song "Good 2 U" and the shoutout outro "Atdasamtyme!" have been cut. Here's what Ice Mike had to say about "Good 2 U": "We were experimenting. I was the wrong artist to record it. Good song but, at the time I was recording all my ideas and back then i was trying to fill up the tape minutes as much as possible for the people with music in their mitsubishi trucks and somehow chose that one."

The Album also introduces Jr. Mack, Da Playa Bum & Kock Desil as "The Disturbed Young Hustlaz" on the the hard hitting "Still A WestBank Thang". This track received radio play back in the days and was used at live shows but never actually made it to an album due to street beef. "I Got Game" which originally was the B-Side of the "Doin' My Thang" 12" was added as well and then we have another previously unreleased gem called "Bad Attitude" which will surely please everyone.

From the raw raps on ‘Flow Down’ and ‘Bring Da Heat’, to the Pimptations-esque precursors ‘Fnalluslipnikkashoes’ and ‘Da Mack Game’, to the lyrically literal dope rhymes in ‘Man-N-Da-Hole’, “True 2 Da Game!” is an album packing a variety of concepts presented with polished analog production.

Don’t miss your chance to listen to the Louisiana legend for the first time on CD, while supplies last!

The album will become available on vinyl as well in early 2022 with pre-orders coming later on.