Lower Life Forms - The Whole Universe Is Ours CD 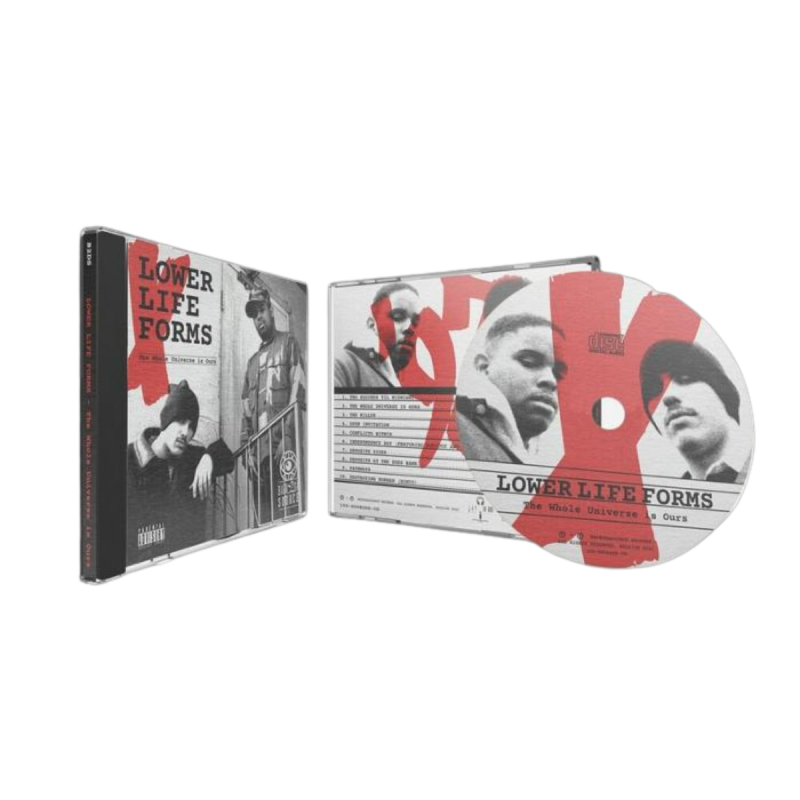 Zechariah Wise and DJ Dialtone formed the Lower Life Forms in 1992 in Burke Center, Virginia along with a crew of artists, producers and DJs known as Team Demolition. After recording several demos and procuring management, the duo was courted by two major label subsidiaries and in 1995, began recording their debut album, "The Whole Universe is Ours." When issues between their would be label and distributor left the duo unsigned, Wise formed the Depth Charge Recordings label and later released the 12-inch single, "Open Invitation/ Independence Day." The album was scheduled for a full release in late 1997, but was pushed back to allow for the release of a debut 12 inch by Team Demolition. That single, "Dirty Gusto," was an underground hit in the DMV and Wise and Dialtone decided to focus on their collaborative exploits with the crew leaving "The Whole Universe is Ours," unreleased. With the exception of a sparsely issued promotional cassette, the album did not make it to outside ears until 2004, when a short run of 250 CD-R's was produced. This re-mastered edition features the nine original tracks in sequence along with a never before released bonus track.