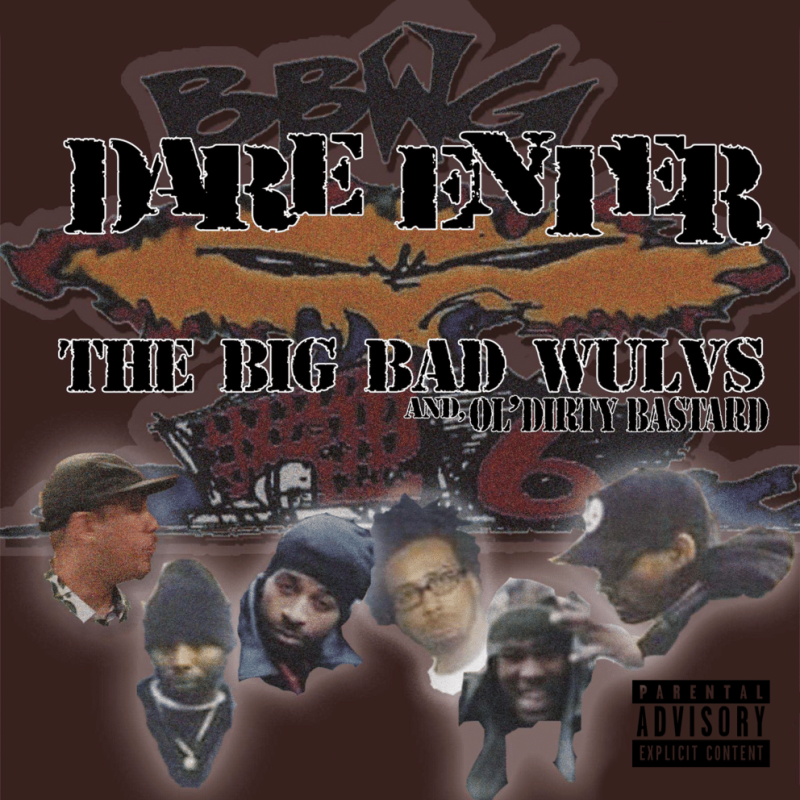 Recorded back in 1997-1998, this album was originally released at Fat Beats in NYC around 1998 on CD. They first started out as Ill Distracxion, a hip-hop duo out of Queens, New York responsible of the huge indy bomb called “No MC’s” released in 1996. The group then evolved into the Big Bad Wolves upon the addition of a 3rd member, Wu-Tang Clan’s Ol’ Dirty Bastard! Check out what Pliz has to say about the project.

Although the album wasn’t complete I decided to put together a mixtape using the songs from the album, and had the mixtape selling out of Fat Beats record store in lower Manhattan where we sold a number of copies before me and my cousin (Cleo-P) went on a 40 city tour with Ol’ Dirty Bastard. The plan was to go on the tour, make some noise (and of course money), come back, complete the album, and get it pressed up, so we can get it in the stores.

But when we got back ODB got locked up, and from there he spiraled out of control, I heard the courts gave him the option of rehabilitation or prison, and as the story goes he went to rehab under court order. And this whole ordeal lasted I believe five to six years. I got in a bad car accident in 2003 or 2004 and had surgery on both my knees on separate occasions, I was basically incapacitated for 7 months, within that seven months ODB came home and I didn’t know but this was around the time he signed with Rocafella records. The accident won me a lawsuit and around this time after months of therapy I was able to start getting around. I purchased an Audi A6 and started setting up my apparel business, then I got word that he was indeed home and I started heading out to see if I can bump into him. I had new contact info, and I believe he also had new contact info so we couldn’t connect over the phone. I called his mom Cherry a few times and we spoke about the Big Bad Wulvs album, about a month or so past with me heading to Brooklyn to the old house in Bed-Sty looking for this fool. Going out to hotspots to see if I can bump into him, and one day I got hit with the news along with millions of others that Ol’ Dirty Bastard passed away... My heart sunk, and all I can remember was being in a daze, not thinking about anything just staring at my dashboard in the car. I cried but I had to move on.
The rest is history...." -PLIZ