Circle Of Native Vibes - Against All Odds LP 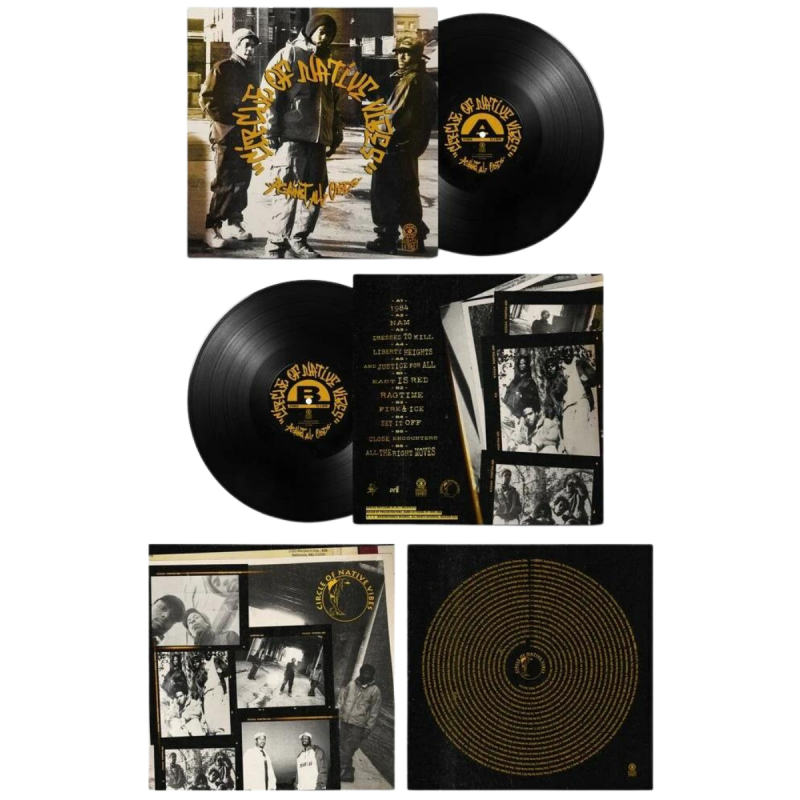 Circle Of Native Vibes AKA Cee Now Victory was a group from Baltimore that originally consisted of 4 members named Born, Blak, Kalife and Ali. "Against All Odds" was supposed to drop in the late 90's but in the end only a couple of cds were pressed.

In 1999 they dropped their 12" (only 3 titles + instr) But the whole album contained many mid 90's Bangas so B2DS had to press this up for the first time on vinyl. Not exactly the same tracklisting as the OG CD album, names can vary for some tracks, but very solid album nonetheless. 11 songs of melodious jazzy beats mixed with pure Knowledge & Great Flows too. Time to reveal the Truth my friends. The track called "Nam" has been added too, this one appears on their Holy Grail Tape from 1994. Don't sleep on this project! Limited to 300 LP's only and all copies come with an insert!