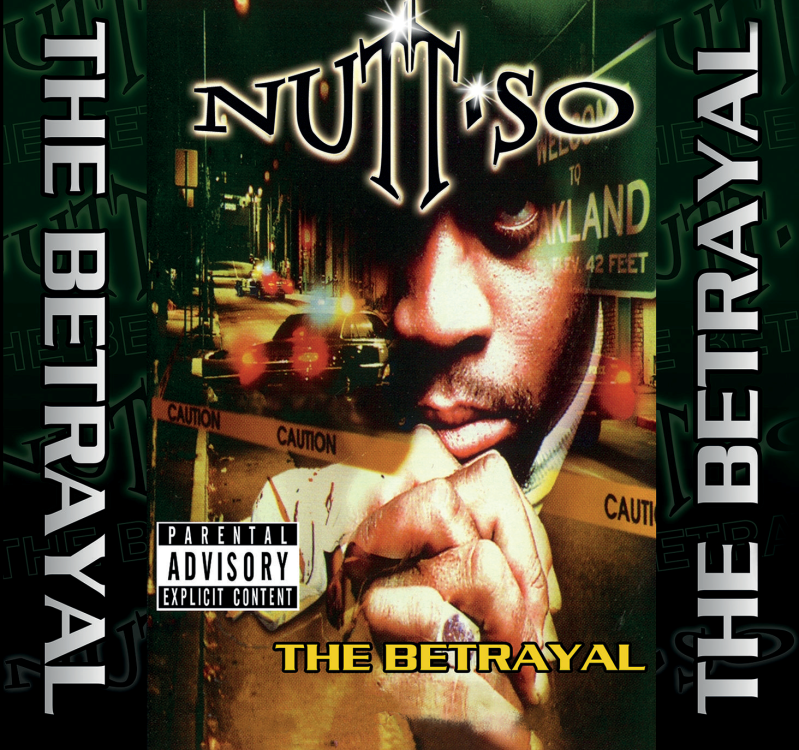 Nutt-So - The Betrayal will finally be out on CD officially for the first time ever! Nutt-So the legendary East Oakland boss, was the founder of one of best groups ever to come out of Oakland the Street Thugs!

The underground buzz they made caught on fast because lead rapper Nutt-So was then signed to Death Row Records and began to work closely with Tupac Shakur recording close to 10 songs together. Since the bond was tight since day one Nutt-So became one of the first official members of the Outlaw Immortalz.

Nutt-So finished recording his debut album "The Betrayal" during his time at Death Row but it eventually got shelved. In 2000 Nutt-So dropped his debut solo album on his own label Nutty's Playhouse but only released it on tape.

SWE is now proud to present a limited CD edition of 250 copies, and a major shoutout is in place to my man HOUSEREPS who provided us with files from the OG DATS!

PS: Would have loved to include "Words To My First Born" to the tracklist but sadly that track is owned by 2Pac's estate now so that one's untouchable sadly.