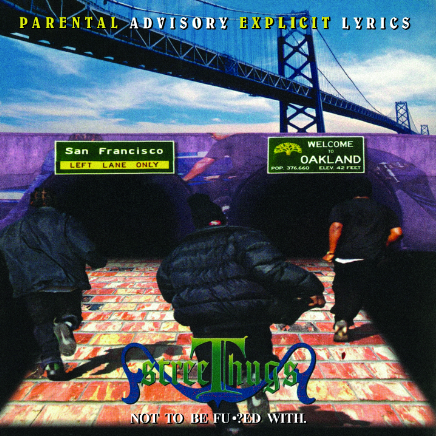 Around the mid 90's the line-up completely changed and only founding father Nuttso (Keyshia Cole's older brother) was still present. They became a 3 man crew and Nuttso then teamed up with Len from East Oakland and Doe from Frisco. They then crafted the incredible "Not to Be Fucked With" and it became a local classic. It was a real street record that you were only able to find in swap meets and moms and pops shops.

The underground buzz they made caught on fast because lead rapper Nuttso was then signed to Death Row Records later that year and worked closely with Tupac Shakur, becoming an official member of the Outlaw Immortalz. Since then this album has gained legendary status, finally receiving the vinyl treatment in 2019 but CD headz were left behind with less than ideal options.

The album is limited to only 250 copies and comes with a 6 page booklet which will also include announcements on the next few projects.

06 Based On A True Story