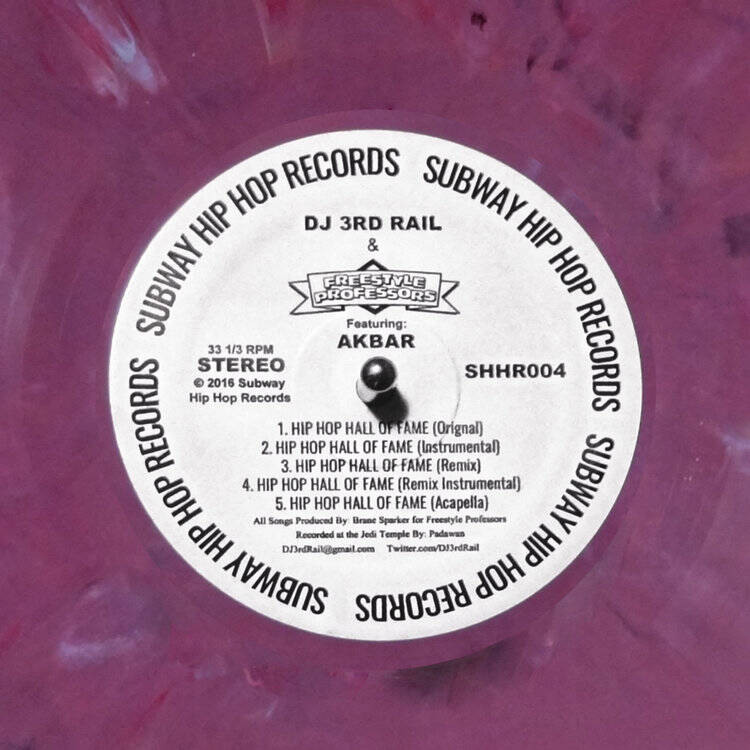 Subway Hip Hop proudly presents the long awaited 12" vinyl single from Akbar produced by the legendary Freestyle Professors. This multiple marble color vinyl is limited to 200 copies. Two songs with remixes to both and full instrumentals to all 4 versions with acapellas for both songs.

Both original versions of My Mind and Hip Hop Hall of Fame where produced by the Freestyle Professors, Branesparker. The remix of My Mind was produced by Padawan and DJ 3rd Rail.

This record has been played strictly on Chicago's WNUR 89.3 FM- Chicago radio show Dedicated. Sun-Mon 12 midnight-5am CST Now here's your chance to get your copies of this sought after gem.

Some of the last available copies!