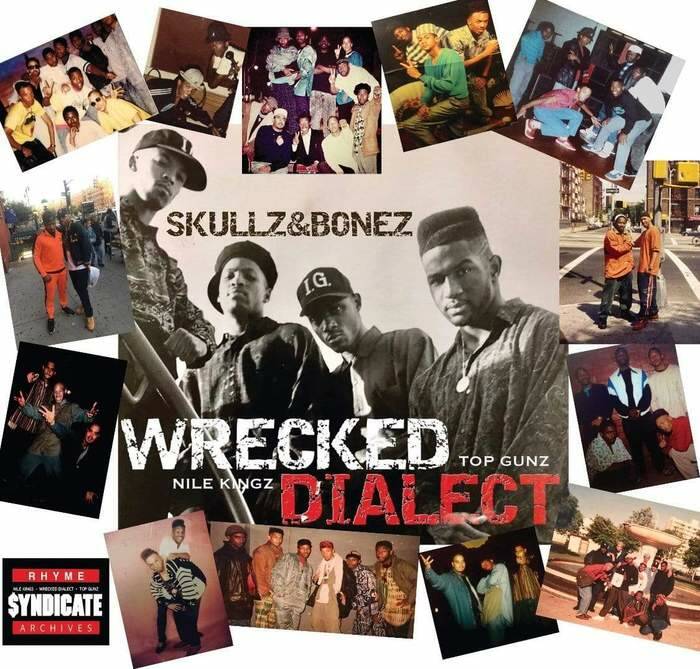 Straight from the Rhyme Syndicate archives! The Nile Kings made their debut in 1989 and 1990 on both Syndicate Samplers 1 & 2. Not much later they released their 12" with the tracks "Dropping Bombs", "Listen to the Light", and "Positive Sound" that introduced the world to the talent, and skill of the group.

Soon after the Nile Kings transformed into Wrecked Dialect and recorded a bunch of material which remained unreleased until recently in 2020. Wrecked Dialect, consisted of 3 emcees, and 1 DJ that stirred up their local scene with their east coast flare, wicked style and delivery, with immense energy. Now finally available on vinyl with a guest spot by RBX and 2 guest spots by the legendary Ice-T!